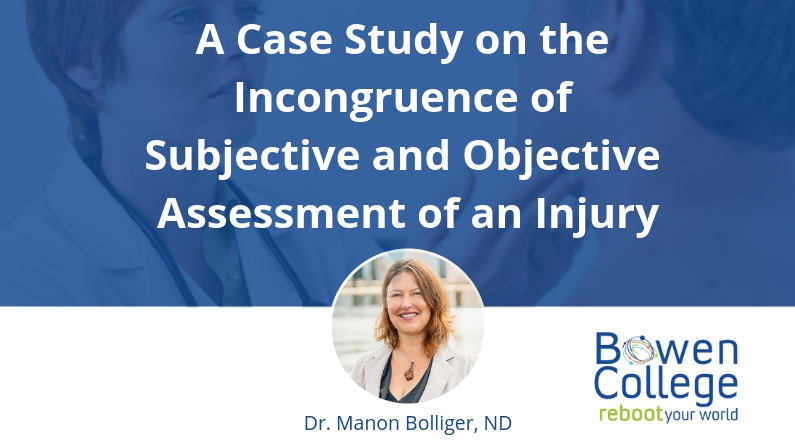 I promised over the next several posts to explore some examples of the innate knowledge in the meaning that patients’ read into their illness.

The first is a 67-year-old female who fractured her patella bracing herself from a fall. When first interviewed, the patient had no recollection of the fall. The ecchymosis revealed though that she had actually fallen on her hip. It was a clean, single fracture mid-way horizontally across her patella, as was evident by a gaping space separating the two parts of the fractured bone.

When given an explanation of how the fracture would have occurred, the patient experienced a clear and deliberate preference to her explanation. Being told it was a common injury, typically in car accidents when passengers tighten their quadriceps bracing for a foreseeable accident. The break of the patella actually takes place when the femur bone breaks it in half as the quadriceps retract over the bony protuberance.

The patient had two objections to this. First, the shock of what happened was incongruent with the idea it was a simple or common fracture. That the injury was, in her words, “so stupid, so unnecessary, that it complicated [her] life so tremendously,” and “made her so dependent,” couldn’t be reconciled with statements such as: “If you were going to fracture your patella, that was the best one,” and “Your body will heal this in a matter of weeks.”

The second objection is that the body, in this case the musculature of the body, would not “naturally” harm itself. It was inconceivable that her body would do such a thing and as such, the “story” of the accident changed from its original amnesia of how the incident took place, to an elaborate description of falling smack right into the patella with the possibility of a compound fracture and even complications in healing due to inflammatory responses and infection.

This though was just the beginning of her experience of a treatment approach that couldn’t or wouldn’t learn from her subjective statements. Next post we’ll look into her hospital care.