A Comparative Study of Two Patients Sequelae of Polio. 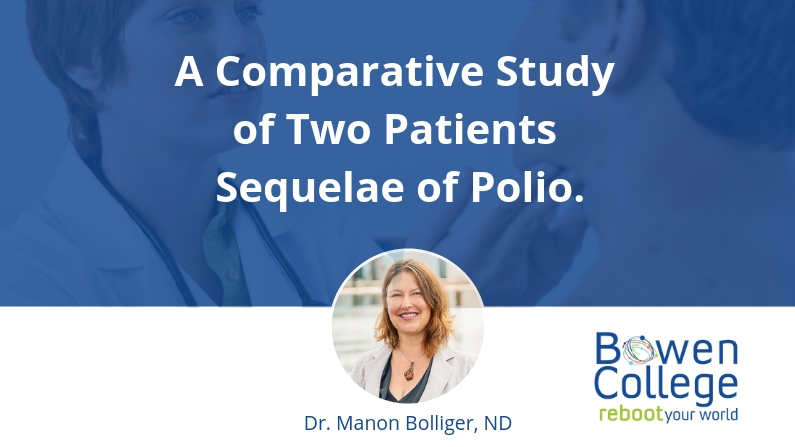 For a second illustration of how important is a patient’s subjective meaning of their symptoms, I want to compare two different patients affected with the sequelae of polio. Both received the same treatment. I treated them both with a technique called BowenFirst™, a physical therapy I use extensively in my practice. (I won’t delay us with a discussion of BowenFirst™, here. More information is available HERE.)

The first is a male who had been afflicted by polio as a child, and then had to nurse his wife, who was diagnosed with Alzheimer’s. Objectively, his left leg had flaccid muscles and was two-thirds the size of his right leg. When he first came to me as a patient, he only had one mission. His goal was to improve his gait so that he would not suffer from back pain and be better able to help his wife.

The other patient was a female, also afflicted by polio in her early years. In her case, though, she appeared to have no flaccidity and the nerve conduction was unaffected by the polio. Her goal was to be able to walk “normally” and to finally meet a “proper” man, not one she had to endure or put up with because of her condition.

This was another situation in which the patients’ subjective experience of their illness had huge consequences for their treatment outcomes. We’ll consider those outcomes and their implications in my next post.