Are Germs Infections or Scavengers? 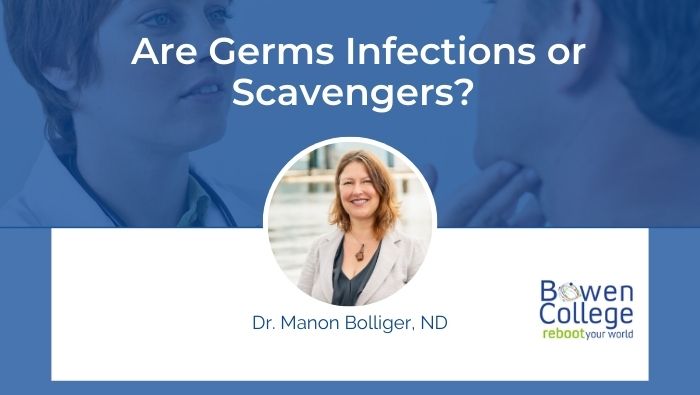 In my last post I introduced the dispute between Louis Pasteur and Antoine Bechamp over the chronology in the development of illness. Advance research methods and technology allowed Bechamp to challenge Pasteur’s Germ Theory of Disease.

Bechamp demonstrated that in fact it was the sick “terrain” of the person that attracted the bacteria and not the bacteria that created the sickness. While it was formerly impossible to tell whether micro-organisms on dead tissue were a result of the disease or caused the disease, the Rife microscope allowed live cells to be viewed, which clearly established that germs (micro-organisms) are the result of disease (scavengers of dead cells) rather than the cause thereof. Germs were found to arise as primary symptoms of a general condition, rather than the cause.

It became clear that the surrounding environment (often referred to as the “terrain”) and extracellular fluid attracted the conditions for the apparition of micro-organisms, which would then evolve into different forms as a response to their environment.

In light of these findings, even Pasteur believed that germs and bacteria are not the exact and primary cause of disease, but that the disease came first, the germ second. He stated, “The presence in the body of a pathogenic agent is not necessarily synonymous with infectious disease.” Pasteur was aware that fermentation (which he studied extensively while formulating his germ theory and based on the previous work of Bechamp) only occurs in injured, bruised or dead material, and that bacteria are a natural result of fermentation, not the cause.