Doctors Should Inspire Patients’ Trust in their Healing Potential 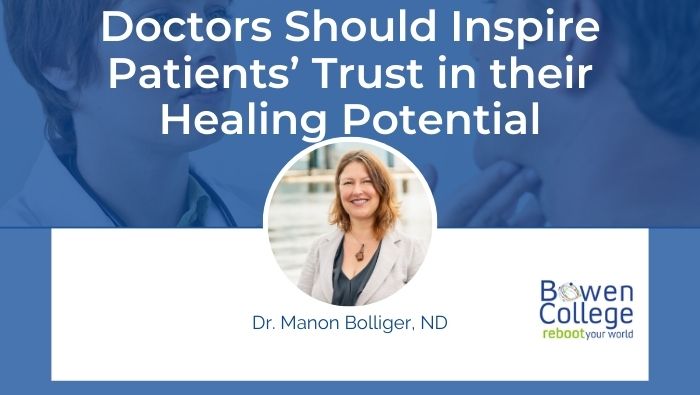 In recent posts we’ve examined some of the troubles arising from an excessive focus on symptoms and how they’re commonly treated. What if we took a slightly different approach and concluded: When the body produces Symptoms, LISTEN; it is trying to say something. A telling example of this approach is in the treatment of pain.

The most prevalent and contemporary FIRST approaches to pain are:

So many patients have experienced pain for such a long time that they’ve come to view it as normal or the way it’s meant to be for them. Pain is NOT normal.

The approach to pain, and symptoms generally, we’ve been discussing reveal a widespread failure to meet this lofty goal.