How Does Our Brain Register Pain? 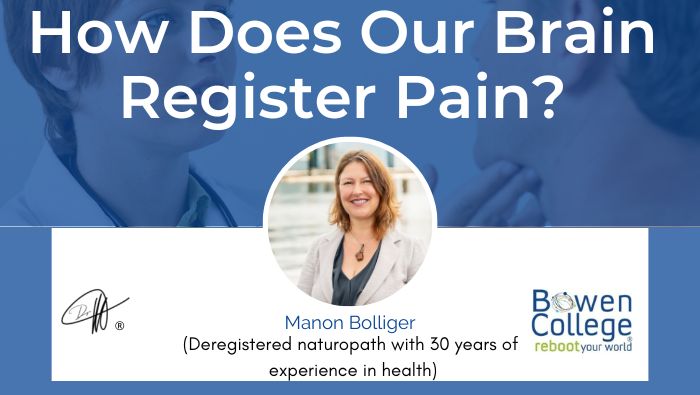 Basically, there is a “touch and feel” passage, and a “remember the feeling” pathway.

The subjective response to a given pain stimulus varies because of neuronal modulation. The “gate control” theory (Wall and Melzack, 1989 ) has formed a basis for the description of this mechanism. Thus, the ascending noci-ceptive information may be modulated by both peripheral inputs and several central mechanisms. “Neuronal plasticity” means that the neurons involved in pain transmission are converted from a state of normosensitivity to one in which they are hypersensitive. This is why a person who received a serious burn often is far more sensitized to the effects of sun after that initial experience.

We now know that pathways involving higher centers, such as the dorsolateral prefrontal cortex, may evoke both facilitating and inhibitory influence on nociceptive transmission, and thus on the pain perception (Pertovaara, 2000; Lorenz et al., 2003 ). This modulation is effectuated by neurochemical mediators. Important examples are the endogenous opioid and NMDA (N-methyl-D-aspartate) receptors. I’ll have more to say on this topic in my next post.