My Cancer Diagnosis and My Prescription Refusal 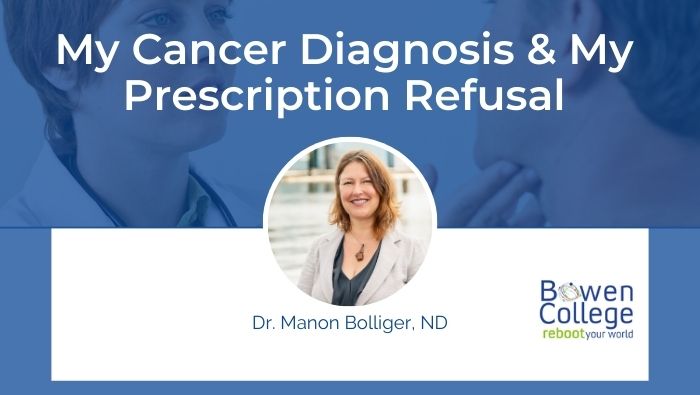 I was faced with the conflicting views toward disease and its treatment discussed in the last few posts. After refusing a prescribed hysterectomy at an Ontario Oncology ward, to treat my Stage 4 cancer, I was dismissed from the hospital. Both the nurse and I, were in shock.

I recall the head nurse towering over me with reproaches for what she perceived to be an irresponsible choice. “You have three kids! How could you risk your life like this?” she said.  “Who will be around when you are gone? It is only your uterus, we are saving your life,” she blurted out in disbelief. My shock, on the other hand, was not focused on my uterus either; I was concerned that if I had cancer, then I had to get to the bottom of it. I had to remove the chances for the cancer to come back. Just cutting parts out would not be profound enough a therapy. I had to ensure that my own body was able to rid itself of this manifestation. I believed that otherwise, it would return.

After an awkward silence, the nurse let me know that if I was not going to accept the protocol suggested, I would also lose my opportunity to be monitored. For one moment, I could not understand how all this was connected. “Do you mean,” I enquired, “that I cannot get monitored while I consider other options?”  The release papers were presented. I signed. It was a scary few months as I had counted on the ability and the freedom of choice to be monitored. “Freedom” though came with strings attached. In my next post, we’ll see how I proceeded from that scary situation.