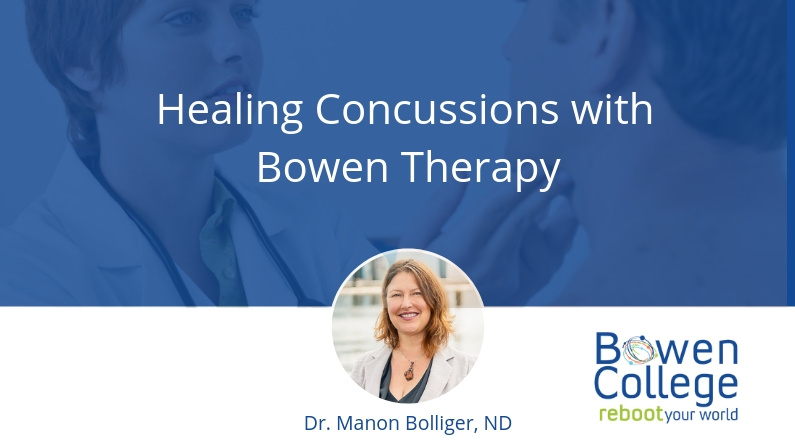 Brynn Bicknell is changing healing in sport. From 14 year old hockey players with big league dreams, to 70 year olds who want to continue playing recreational sports, she has seen a spectrum of patients and admits to using Bowen Therapy in every session.

Brynn only heard about Bowen Therapy in 2013, when she was working with a Saanich Braves Junior B Hockey Team in Victoria, while completing her Bachelor of Athletic and Exercise Therapy practicum through Camosun College. One of the practitioners on the team was a Bowen Therapist named Jenna Howe.

She witnessed the incredible healing power of Bowen when an athlete had been knocked unconscious on the ice. He was sent to the team’s Bowen Therapist the next day. Brynn saw the athlete shortly after his first session and noted that his symptoms were radically reduced. She hadn’t seen any therapy treat a concussion quite so effectively before. Within 3 treatments (1 week), the athlete’s symptoms were completely gone. This is unheard of in the world of sport and concussions, especially for such a severe injury.

Treating concussions in sport is a dubious venture. There are not a lot of treatments that are effective, usually it takes time and patience, and athletes often have a hard time finding relief from their symptoms. Most doctors can’t treat the fogginess and a variety of other symptoms that stem from concussions, and normally just tell the patient to rest, but with Bowen you can reduce the symptoms and clear the mind, making it Brynn’s go to when treating a concussed patient.

When she witnessed these incredible results, Brynn knew she had to know more about this therapy and booked her first treatment with the team’s Bowen Therapist.

Make sure to join us next week for Part 2 of Brynn’s 3 Part Feature and learn how she got involved with Bowen Therapy training.