Samuel Hahnemann and the Reinvention of Symptomatology 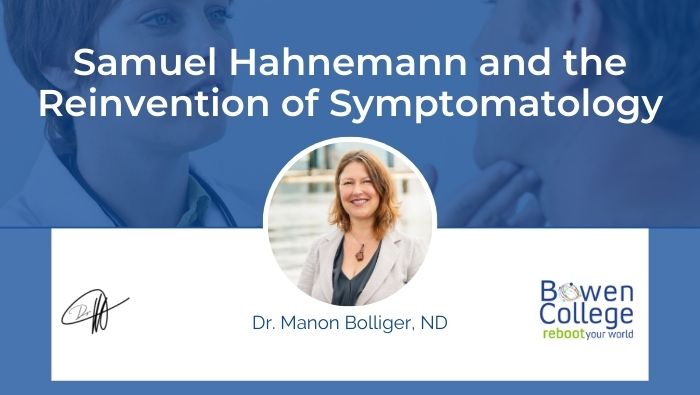 My last post began a discussion of important historical figures in health diagnostics who laid the ground work for recognizing the importance of not neglecting the fundamental mind-body connection. Arguably, the most important of these was Samuel Hahnemann. Known as the Father of Homeopathy, he viewed disease, including mental illness, as a dis-attunement of the “vital principle” − that which animates all living matter. He saw symptoms as an expression of a derangement in the homeostatic balance of the body and was one of the first physicians to explore the importance of hygiene and treat mentally ill patients with homeopathy, in contrast to popular treatments in his day, such as beatings and bloodlettings to remove evil spirits.

In his collected works and the Organon of Medicine, Hahnemann created and expounded homeopathic medicine to help restore balance in patients with particular emphasis on those diagnosed with schizophrenia and delusionary states.

Hahnemann noted that finding the appropriate remedy involved taking into account the complete picture of the patient’s lifestyle, including personality, temperament and emotional disposition, eating and sleeping habits, and all of the physical manifestations, the so-called “expression” of the disease.

In homeopathy, a patient’s mental and emotional states must be understood in order to find the remedy for skin eruptions, asthma, gastritis and the like. The teaching more than two hundred years ago in Germany, where homeopathy was studied in medical school, was that there is never one remedy for a set condition, since the physician would always have to take into account how the patient would experience the condition. In the next post we’ll look at an example of this idea at work.