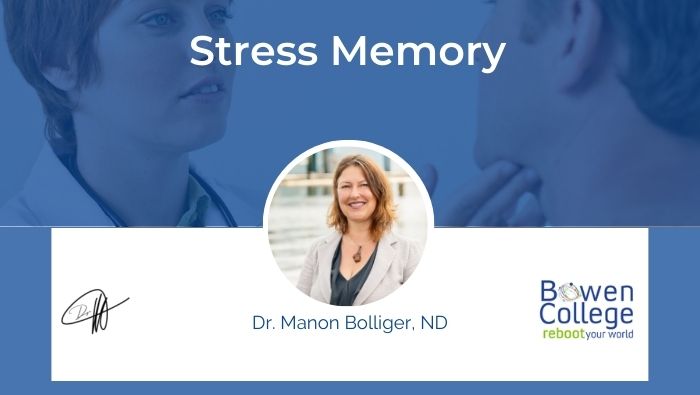 The “stress memory” also needs to be addressed, not just the original cause of the stress. Although removing the cause, exiting an abusive relationship for example, will alleviate triggering the stress feedback loop, susceptibility persists until the body releases the trauma. This is why some people are so reactive to new situations that “objectively” are not nearly as stressful to the average person.

Deregulation of the hypothalamic-pituitary-adrenal (HPA) axis is implicated in numerous stress-related diseases. HPA axis activity and cytokines are intrinsically intertwined: inflammatory cytokines stimulate the pituitary gland to secrete adrenocorticotropic hormone (ACTH) and cortisol, while glucocorticoids in turn suppress the synthesis of pro-inflammatory cytokines.

Cytokines are known to mediate and control immune and inflammatory responses. Complex interactions exist between cytokines, inflammation and the adaptive responses in maintaining homeostasis.

Chronic secretion of stress hormones, glucocorticoids, and catecholamines as a result of “disease” may reduce the effect of neurotransmitters, including serotonin, norepinephrine and dopamine, on other receptors in the brain, thereby leading to the deregulation of neurohormones. Glucocorticoids also inhibit the further secretion of corticotropin-releasing hormone from the hypothalamus and ACTH from the pituitary (negative feedback loop.)

The failure of the adaptive systems to resolve inflammation causes a “systemic anti-inflammatory feedback” or “hyperactivity” of the local pro-inflammatory factors, which increases the individual’s susceptibility to further degeneration. In fact, laboratory studies have demonstrated that organs and tissues become more vulnerable to inflammation during and after a period of perceived threat, or other stressor. (Chapman et al., 1959)

In my next post I’ll look at potential consequences of these processes.