The Body’s Response to Stress 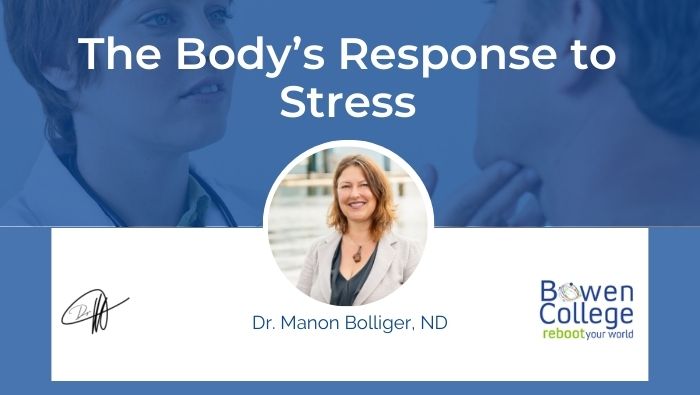 In recent posts we’ve explored the biochemistry of the nervous and immune systems, particularly with regard to how stress affects the mind-body system and can thereby affect our health. Now it’s time for a broader picture view of the body’s response to stress.

The limbic system is the primary area of the brain dealing with stress. Recall that perceived stress causes the limbic system to immediately respond via the autonomic nervous system, which consists of a complex network of endocrine glands that automatically regulate metabolism. The sympathetic nervous system prepares you to deal with stress by initiating a metabolic reaction.

In the face of perceived threat, the adrenal glands release adrenalin, otherwise known as epinephrine. If the threat is severe or prolonged, they release cortisol, which travels to the brain and remains there much longer than adrenalin.

Increased cortisol levels have immediate perceptible effects on the body such as weight gain. Normally, cortisol is secreted by the adrenal glands in a diurnal pattern, meaning that concentration in the bloodstream vary depending upon the time of day. Normally, cortisol levels are highest in the early morning and lowest around midnight. When you are stressed, this pattern is altered. The natural rhythm of the body is disturbed and consequently can affect blood pressure regulation, carbohydrate and fat metabolism, insulin release and blood sugar regulation, as well as energy levels.

This though is just the beginning of the problems that can result from these cortisol processes. We’ll look at some others in the next post.