The Double-Edged Sword of Expressing Our Emotions 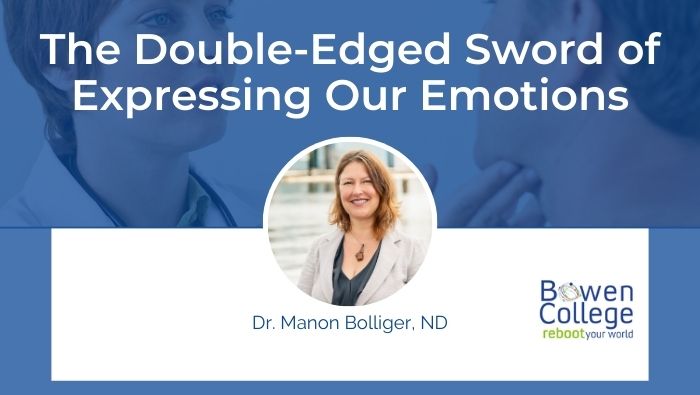 I’ve spent quite a while now discussing the symptom as a bodily function. Now I’d like us to look at the emotions as symptoms. Given that at least one-tenth of the North American population is taking some form of anti-psychotic medication, what we perceive to be the role of emotions in our health cannot be understated. Let’s explore how people experience and what they tend to do with “emotions.”

Interestingly, varying trends are developing alongside each other today, not the least of which is influenced by “Big Pharma” sales. In the greater consumer society we have been led to believe that the answers come from without and that happiness in life is attainable if only one takes this or buys that. Even the self-empowerment industry marvels at the “wanna-be,” not the inner state of gratitude for who we are and what we already have.

The question really boils down to: Do we treat uncomfortable emotional states with drugs so that we are less aware of them, or do we get to the root and find out their role as ‘symptoms’ of our whole being? Do we see our emotions in part as adaptive behaviours to unconscious programming, or “acute” responses to situations, which we need to look at more closely? The point is that we “produce” them; they are part of our symptomatology and are as relevant as our physical pain and other signs and symptoms. In the next few posts I’ll explore this matter in some depth.