The Germ Theory of Disease as Dominant Paradigm 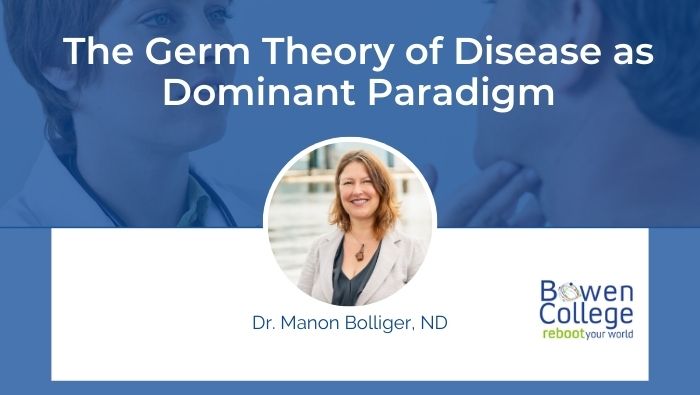 I concluded my last post pointing out that as scientific evidence accumulates paradigms are forced to shift. I also suggested that our understanding of effective assessment would benefit from the perspective of some history that puts the currently popular health care paradigm – with its war on symptoms, dissection of the body into discrete part-management, and the attacking of illness – into a bit of helpful context. Telling this story will take us a few posts, but it’s a tangent well worth the insight it provides.

The “attack” theory was made popular by French chemist Louis Pasteur (1822-1895) through his “Germ Theory of Disease.” It claims that bacteria cause disease, so eliminating the bacteria would rid a patient of the pathology. This approach of ridding the body of the offending element seemed to make “scientific” sense at its onset and was embraced by allopathic Western medicine and microbiology in late 19th century Europe. However, it was refuted by a prominent physician and scientist with degrees in biology, physics, pharmacy and chemistry, Antoine Bechamp, with the benefit of advancing research and improved technology.

Despite scientific evidence disproving the Germ Theory of Disease, traditional Western medicine still teaches and practices the doctrine, claiming that fixed species of microbes invade the body and are the first cause of infectious disease. This concept, known as monomorphism (one-form), in which specific, unchanging types of bacteria cause specific diseases, forms the foundation of allopathic Western medicine. Thus, the need to find specific agents to counter the “attack.”

What did Bechamp discover that refutes these still popular ideas of illness as germ invasion and how did he do so? We’ll look at those developments in my next post. I’ll see you then.