The Ills of Stress Memory 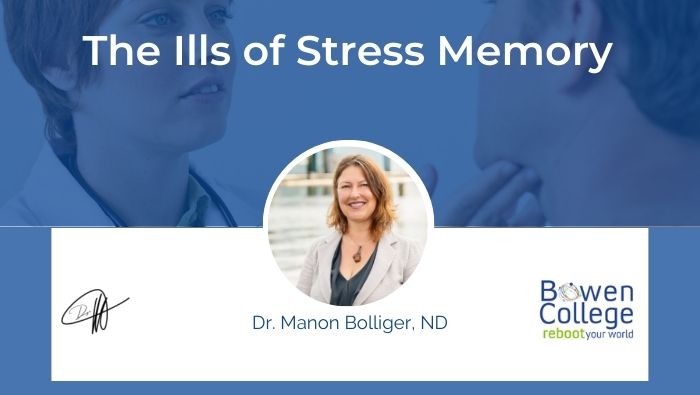 My last post explained how stress memory could contribute to deleterious effects upon health. Research is finding that systemic or neuro-inflammation and neuroimmune activation play a role in the etiology of a variety of neurodegenerative disorders, such as Parkinson’s, Alzheimer’s disease, multiple sclerosis, and AIDS-associated dementia.

Given that the brain utilizes 30% of what we consume, what we feed ourselves as well as how we manage our bodies is paramount in addressing stress before our body produces disease states. However, as the development of these disease states is part of a continuum, reversal is always an option. A very first step is to address the body memory of the stress, nourishing the body with foods that will promote repair as well as the use of breathing and relaxation techniques that help to promote homeostasis.

In response to a stress such as shock, the body goes on “alert,” setting the sympathetic system into action and triggering the adrenal glands to discharge adrenalin and cortisol. When the perceived threat ends, the body engages the parasympathetic system, which triggers a different set of neurotransmitters and hormones in an attempt to balance the rampages of increased cortisol levels in the brain.

A perceived threat, real or imagined, triggers the limbic system to respond, via the autonomic nervous system, to regulate metabolism. Even “stress” that is not consciously perceived triggers activity in the attention center of the cerebral cortex, preparing the body for the sympathetic response to stress; that is to say the fight, flight or freeze response, as shown in MRI brain scans. (Franklin Institute, 2011)

In my next post I’ll discuss the impact of these processes on my own patients.