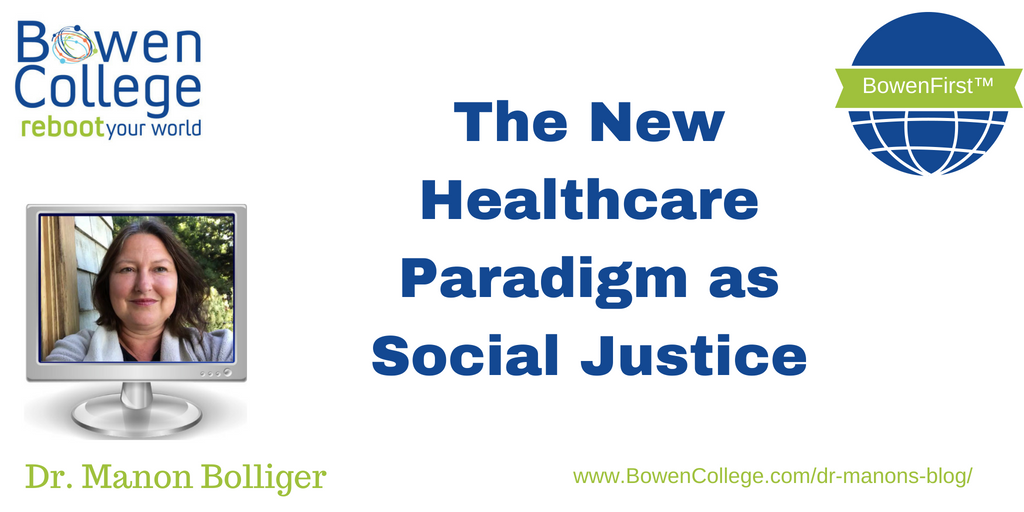 In my last blog post, I discussed the emergence of a new paradigm in healthcare and some of the opportunities it was beginning to open up. Such important changes in how people think, feel and act are not expected to come out of nowhere. So, from where has all this new awareness emerged? I propose that it is the consequence of our broadening definition of what it means to be healthy. We are no longer comfortable accepting the conventional, limited definition of health as simply being symptom-free.

That old way of thinking too easily lent itself to an acceptance of practices that merely masked our symptoms in place of treating them. Most of us now understand that this masking of symptoms does not serve us well.

Medicine is not the only field experiencing these major shifts of perception. In fact, no field or profession is exempt from its skeptics, philosophers, or innovators. Take the field of law. As a young student, bright-eyed and bushy-tailed, I pursued a law degree because I wanted a fair world and believed that practicing law would bring about justice. I quickly became disillusioned, “politicized” by the existence of vested interests, politics, and doctrines reflecting contemporary paradigms of thought. Once determined to help “liberate” people, I became a little more humble when I realized the practice of law does not necessarily lead to justice. It often comes down to procedural loopholes or technicalities far removed from the original intention to see justice done.

And that’s just one of my personal experiences that have led me to this new paradigm. We have all had these personal milestones along the way. In my next post, I’ll share with you another, which had an even more profound impact on my approach to healthcare.