Touch Deprivation – Why We Crave For Human Connections 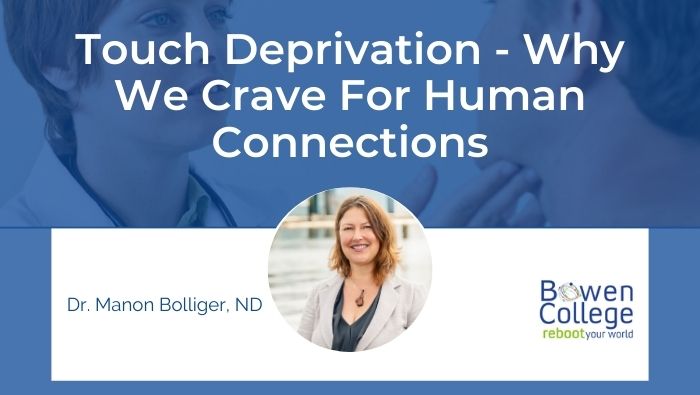 There’s a growing stigma around touch. We live in a culture where people have isolated themselves. Fearing harassment, many people cut themselves off one of the basic human needs. Then they overcompensate using other sensory outlets such as food, alcohol, sex, compulsive shopping or even work. Whatever it is, they use it to distract themselves from the feeling of emptiness. It’s a void they can’t quite fill because they hunger for touch.

The problem is society has hypersexualized this basic need. They’ve turned something perfectly natural and twisted it into something else. This triggers people to put their guards up around others. The boundaries between what’s appropriate and what isn’t becomes muddled. It’s like living in an invisible hamster ball. They have the illusion of being protected, but in reality, they’re really just suffocating themselves. There’s a reason why humans need touch as much as they need air.

We instinctively seek it for our survival.

Since birth, babies yearn for their mother’s touch. Without it, they wouldn’t have the warmth needed to survive. They first explore the world primarily through tactile activities. They reach for objects, put things in their mouths and enjoy being carried. In fact, the need for touch is universal for most species. It’s critical for life. Most animals need their mother’s touch for survival.

It fosters an emotional connection.

A child’s first emotional bonds are built for physical contact, laying the foundation for further emotional and intellectual development. The irony with our modern culture is that the less tactile we become the more we confuse love, sex, affection and touch. There’s this misguided notion that if there’s no touch then there’s no harassment and no bullying. Because of this, we end up with health care systems that ban all forms of touch. Instead of giving someone a hug or hold their hands when they need it, they just stick a needle in or give pills. Devoid of human emotions, it often becomes a fearful process for those who are already suffering.

It triggers our body’s healing response.

Many studies show that malnourished children starved to the bones recover much faster with the aid of massage therapy. Food alone is often not enough to nurse them back to full health. Touch communicates a lot of things to the body. In Bowen therapy, for example, touch puts the body in a healing parasympathetic mode. It rebalances the body allowing it to heal on its own.

The reason is because human beings are wired for touch. There are literally thousands upon thousands of touch receptors in the body. The nervous system is constantly getting feedback and sending signals back to the brain. It’s no wonder how something so simple can have such a profound effect on the body’s health.