When the Cure Really is Worst than the Disease? 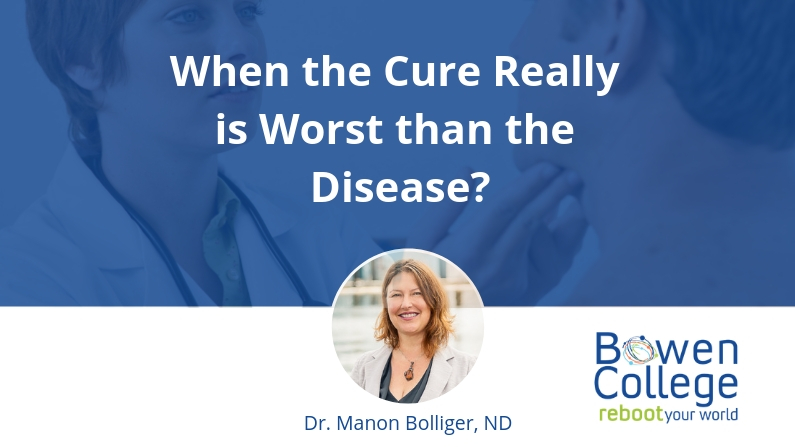 Early in my practice, I saw a patient, a psychologist, who had developed MS six months prior. She arrived in a wheelchair, guided in by her husband, who was also a patient of mine. I conducted a 2-hour interview and felt fairly certain of the treatment. A mere six weeks after beginning she was out of her wheelchair and dancing. It turned out though there was a price to her recovery.

MS had allowed her to reconnect with her husband. He’d confessed to an affair and taking her for granted. When she developed this disease, he blamed himself and promised to make it up to her. He ran all the errands, told her she no longer needed to work, and that he would take care of her. As she had been the main caregiver throughout her life, these were welcomed changes.

When I saw her at her two-month follow-up appointment, she walked in with a cane. I asked her whether she had repeated her remedy, as she looked to be relapsing. She cried, “If that’s what it takes to have my husband look after me, then it is worth keeping the disease!”

As she recovered her husband had started to detach from her again, feeling liberated from his prior guilt. She felt that the only way to maintain their connection was to maintain her disease. Despite my counseling and her training, this disease was going to serve her purposes, and so she refused to take any more remedy.

This begins to sound like a familiar story. We’ll explore its details more and start to tie together the insights of these three examples in the next post.