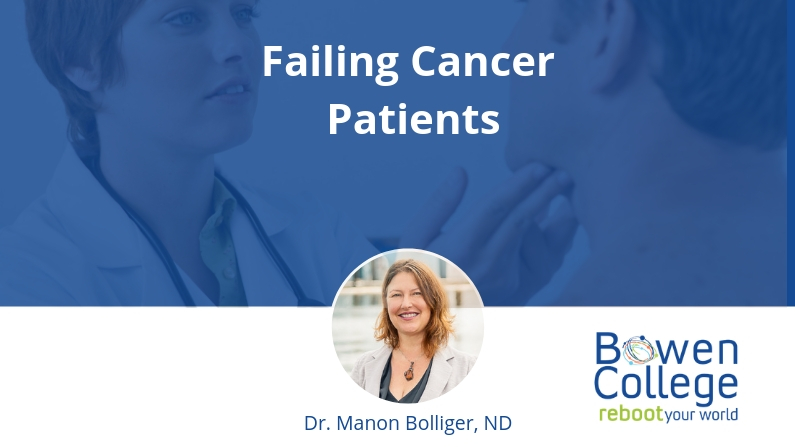 In recent posts I’ve been discussing fallout from the misguided war on symptoms approach to health care and – in the last post – specific problems related to cancer treatment were raised. Let’s look more closely at this situation.

Despite all the effort and resources poured into the war on cancer, the results have been unimpressive. And yet the side effects, or collateral damages, are enormous. The chemotherapeutic agents, some derived from pesticides, others ravaged from industry setbacks, are used to “kill” one cancer while, in some cases, replacing it with another ― the most common one being leukemia.

Cure rates for cancer are measured by survival for five years, and despite the statistically significant outcomes, the clinical outcomes are insignificant. What is the value to a patient to live four to six weeks longer in a highly medicated state? Nevertheless, monies and “research into drugs” treatment is by and large aimed at destroying the cancer with an agent that also wreaks havoc on the other cells of the body.

Therapies that forsake the war on symptoms approach, offering an integrative approach to dealing with patients who have cancer, as well as therapies that help facilitate the ability of the body itself to overcome the cancer, are unfunded, sabotaged and even outlawed! If that last claim seems extreme, watch for my next post where I’ll tell you the sad and shocking story of just such a situation.