Have we forgotten what a gallbladder is for? 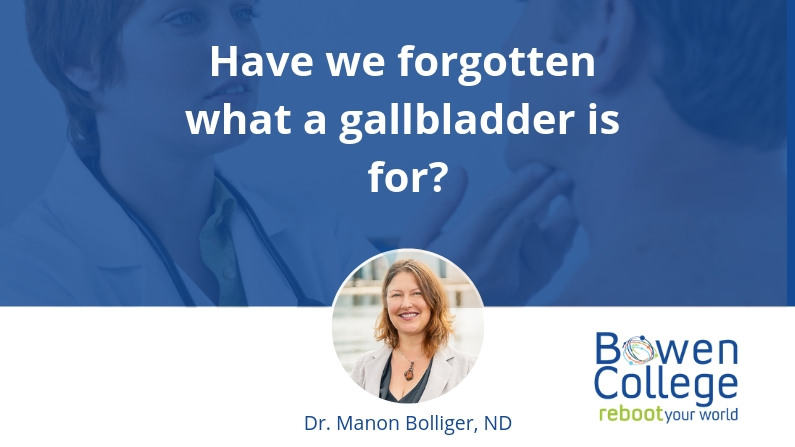 In my last post I raised the broad statistical costs of the war of symptoms. But what about the impact on the individual patient? This “war” is waged against part of the body and has just a partially “functioning body” as its best outcome. That paradigm sees symptoms as inconveniences in the way of daily activity. Thus the fastest way to remove their presence, regardless of further complications down the road, is seen as the best way.

No thought is directed to why the symptoms appeared or what is causing the body to create these symptoms in the first place. The common “pragmatic” approach is to cut or burn, bandage and forget: decontextualize the body from nature and meaning.

Take the common treatment for gallstones as an example. I have seen so many patients with a history of gallstones who have had their gallbladder removed. Removing it definitely eliminates the stones, forever. BUT does anybody actually wonder why the body created the stones in the first place?

Surely it is obvious that by removing the product, and, in some cases, the container, we still may not have removed the Creator?  The body is still programmed to create stones. The surgery has not removed the program. So the poor patient may be symptom-free, but healthy? Not a chance!!

Have we all forgotten what the gallbladder does? Who is going to step in and deal with the bile once it’s gone? So now we have a program running in the body that wants to create stones, and the beginning of an overtaxed digestive system. What happens when the digestive system gets overtaxed? As we’ll see next, this is an invitation to a symptom-treadmill.

Bowen Therapy can help to Reboot the body.