Is Your Medicine Keeping You Sick? 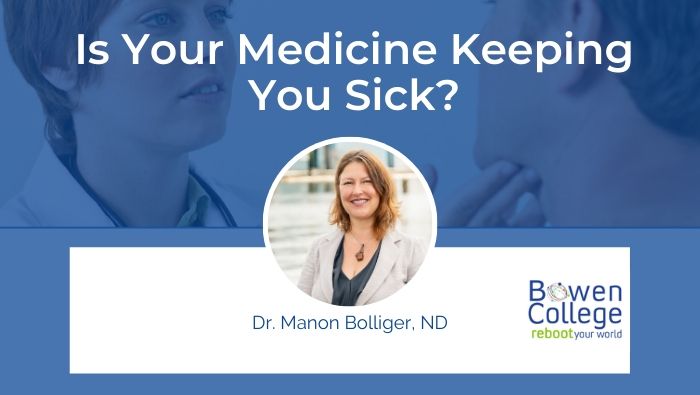 There’s a pill for everything. Yet nobody seems to be getting better. Modern society wants everything fast, and they want everything right now — fast cars, fast food, and fast relief from pain. Like instant coffee, the convenience of a pill seems like the perfect solution. After all, it seemingly does the job in no time at all.

Yet upon closer inspection, more people are getting sicker each day. Even when there’s no illness, they don’t feel as vibrant as they should be. Instead, they wake up groggy with an unsettling heaviness. They’re constantly feeling low, tired and stressed. Despite the advancement in science, there’s a reason why taking too much medicine just doesn’t work.

If there’s one word in the dictionary worth noting, it’s palliation. It means to ease symptoms without curing the underlying disease.

The moment people feel any form of pain or discomfort they try to numb it. They want to go about their day as if nothing’s wrong. It’s like turning off the smoke alarm instead of putting out the fire. The building’s still burning down. The only difference is they’re no longer aware of it until it’s too late.

Too many pills can make you dependent on them.

Picture a bucket under a leaky faucet. For a moment, it prevents the room from getting flooded, but eventually, the water’s going to overflow. At this point, you can add more and more empty buckets, or you can simply fix the faucet. This is what chronic disease is like when you’re dependent on medication. No matter how many pills you take, it’s never enough to really heal you. As the disease worsens, you need larger doses just to get relief.

There’s a hidden danger from being disconnected with one’s own body.

Do you want to know a secret? Your body is your friend, and it’s trying to communicate with you all the time. Like a good friend, it tells you the bitter truth even if it hurts. Numbing the symptoms with too much medication is like silencing the body. Eventually, it’s going to reach a point where you no longer understand what’s going on with it.

Often, people complain about the pain in their body as if it’s working against them and not for them. They just want to go about their day as usual, and they don’t want to be bothered by it. They ask themselves, “Why is my body doing this to me? Why is this happening? Why can’t it just go away?” Instead of really listening to their body’s needs, they shut it out like a pesky fly buzzing around.

What they don’t know is that pain is their body’s alarm system. It alerts them of deeper underlying problems. Without it, there would be no signs or signals that something has gone wrong. The symptoms are not the disease. They’re the red flags warning you.