The Persecution of Dr. Stanislaw Burzynske 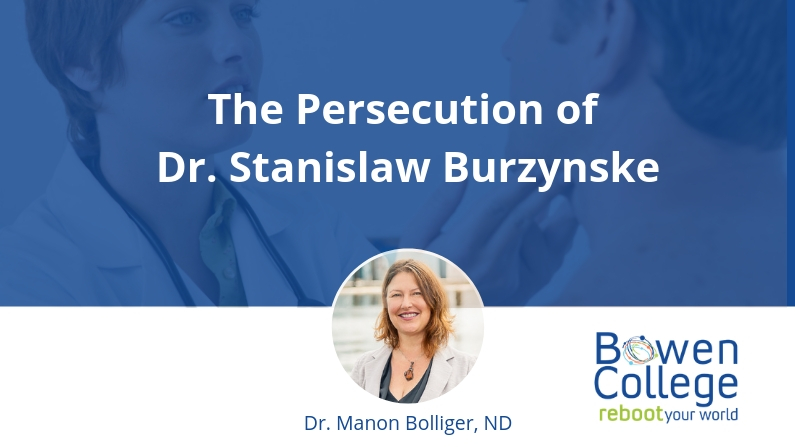 I finished my last post with the provocative claim that non-war on symptoms healthcare approaches were not only unfunded and sabotaged, but actually outlawed. If you suspect I’ve exaggerating, consider the case of Dr. Stanislaw Burzynski over the last 30 years. His story is told in the documentary, “Cancer is Serious Business.” Why has the government been trying to imprison Dr. Burzynski, who has cured hundreds of cancer patients, many of whom are still in remission 10 years after treatment?

The director of this film, Eric Merola, suspects that it is because when Burzynski’s “Antineoplastons” therapies are approved for public use, it will allow a single scientist (Dr. Burzynski) to hold the exclusive license to manufacture and sell these medicines on the open market. This will leave Big Pharma out of the game for the most effective, gene-targeted cancer treatment the world has ever seen.

Today, Dr. Burzynski is once again being sued by the State of Texas, so the recently released documentary about his work is now offered free to the public.

As well-known osteopath and alternative medicine advocate Dr. Joseph Mercola says, “If we put the FDA on the stand today, we can not only expose this abuse of power, but [for] the first time in history the general public will be responsible for forcing a medicine into FDA-approval and into the public’s hands. (That’s almost as exciting as discovering a cure for cancer).”

Optimism about changing such political and legal institutions may diverge, but the lessons learned from the persecution of Dr. Burzynski shouldn’t be lost in the process. There is much invested in the war on symptoms approach and it won’t be rolled back easily. In my next post I’ll explore how this war’s attitudes affect our approach to treating pain.