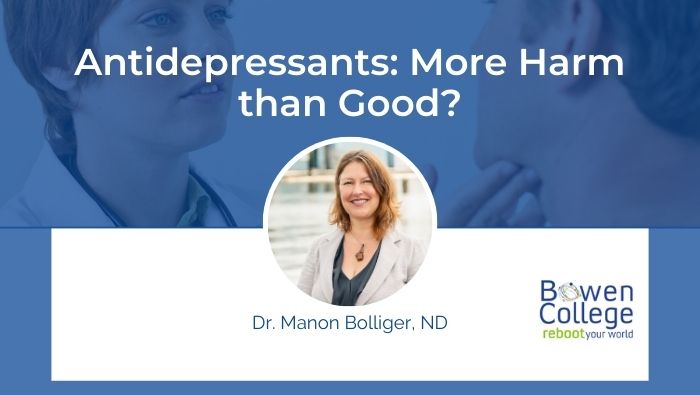 Anti-depressants interfere with the brain’s natural self-regulation of serotonin and other neurotransmitters. The brain can over correct once medication is suspended, triggering new depression. All forms of antidepressants disturb the brain’s natural regulatory mechanisms. According to Andrews  : “We found that the more these drugs affect serotonin and other neurotransmitters in your brain – and that’s what they’re supposed to do – the greater your risk of relapse once you stop taking them.” All these drugs do is reduce symptoms, probably to some degree, in the short-term. The trick is the long-term effect?

“Our results suggest that when you try to go off the drugs, depression will bounce back. This can leave people stuck in a cycle where they need to keep taking antidepressants to prevent a return of symptoms”. (Psychiatric Drug Withdrawal: A Guide for Prescribers, Therapists, Patients …By Peter Roger Breggin) These authors looked at studies of four types of antidepressants: MAOI (monoamine oxidase inhibitor), SSRI (selective serotonin reuptake inhibitors), SNRI (serotonin and norepinephrine reuptake inhibitors), and TCA (tricyclics). Each of these drugs affects at least one of the major neurotransmitters: serotonin, norepinephrine, or dopamine.

In this research, symptom suppression (i.e. what these drugs are designed to do) is found not only to be ineffective long-term but also detrimental to the brain’s own regulatory system. “There’s a lot of debate about whether or not depression is truly a disorder, as most clinicians and the majority of the psychiatric establishment believe, or whether it’s an evolved adaptation that does something useful,” says Paul Andrews. (McMaster University. “Patients who use anti-depressants can be more likely to suffer relapse, researcher finds.” ScienceDaily. ScienceDaily, 19 July 2011. <www.sciencedaily.com/releases/2011/07/110719121354.htm>.)

This question by Andrews returns us to the larger question of the actual purpose of symptoms.