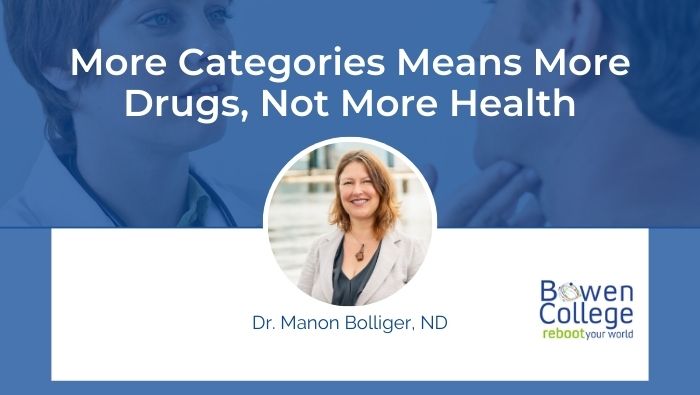 It is interesting to note that both the Diagnostic and Statistical Manual of Mental Disorders (DSM-I) and DSM-II, published by the American Psychiatric Association and used to provide common language and standard criteria to classify mental disorders, differed from the DSM-III and later editions. DSM-III took a brain-based approach. Instead of describing possible psychological causes for mental distress, it simply provides clinicians with symptoms that fit categories. However, these categories were almost broad enough to apply to anyone, at any time in life. “With no science to back it up, these newly proposed disorders and the checklist that went with them were subject to intense negotiations, compromises, alterations and heated debates” according to Drs. David Shaffer and Julian Whitaker, both mental health practitioners.

The industry boomed, and sales of the antidepressant Miltown marketed to busy moms, white-collar office workers and pregnant women to alleviate “stress,” soared to $80 billion dollars a year.

The DSM-IV lists 374 separate mental disorders, each with its own name and definition. The definitive trend has been creation of disease categories based on contrived symptom sets conducive to drug therapies. What is even more telling is that the mainstream psychiatric community are developing even more categories by declaring certain behaviors as “abnormal” or “unnecessary.” An example is “bereavement”; it’s considered abnormal if prolonged beyond 6 weeks. The new DSM-V, proposed to be released in 2012, lists considerably more.

The pattern here is pretty clear. In subsequent posts we’ll explore the case of depression.