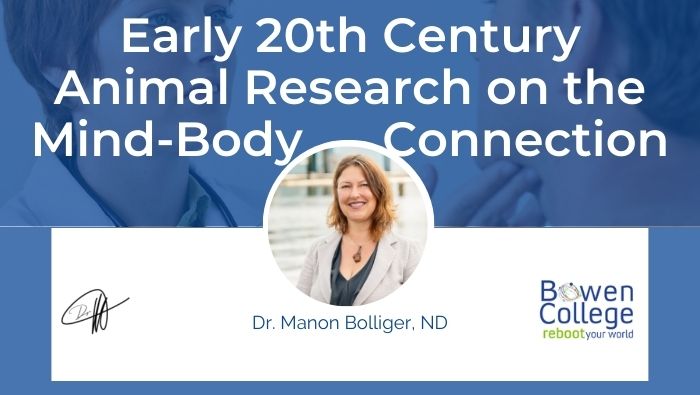 The last couple posts have been telling the story of the early history of diagnostics which recognized the importance of the mind-body connection and taking account for the role of emotion in an individual’s health.

Here are the links to the last couple of posts incase you missed them.

This post will conclude the historical overview with a couple more examples, before turning to a discussion of the biology of emotions.

As early as 1915, Harvard physiology professor Walter Cannon observed, in his work with animals, that emotions such as anxiety, distress, or rage, caused the stomach to stop moving (Cannon, 1915). His earlier findings regarding the effects of emotion and perception on the autonomic nervous system, namely the sympathetic and parasympathetic responses, introduced the concept of the “fight or flight” response and were published in The Mechanical Factors of Digestion, in 1911.

Likewise, in the early 1930’s University of Montreal researcher Hans Selye demonstrated stress’ effects on animals. Despite exposure to physical and mental stressors, animals adapted and healed. However, continued exposure to stressors eventually weakened the immune system, killing the animal. Enlargement of the adrenal gland, gastric ulcerations and atrophy of the thymus, spleen and other lymphoid tissue were physiological changes caused by stress.

These studies further validated efforts to investigate the connection between emotional states affecting physiological behavior and states. In the next post we’ll look at some more recent research that starts to give us some insight into the biology of emotion.

To Learn More about Body-Mind Connection join Dr M live, every week for 7 weeks in https://www.bowencollege.com/yourbodymindreboot