My Story with MS: Treatment 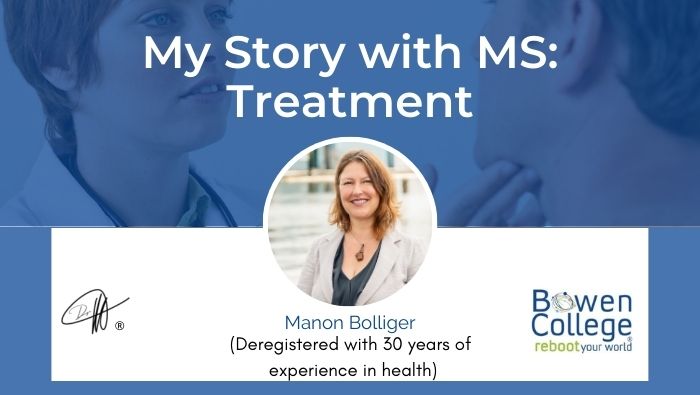 In previous recent posts I’ve discussed my experience with MS. I’ve reviewed my experience of emotional deprivation in my marriage as a key touchstone in my own journey. Last post I reviewed the symptoms that led to my diagnosis.

I chose homeopathic treatment as I had experience with it and believed that my symptoms fell easily into a recognizable treatment protocol. The remedy I took encompassed all the symptoms mentioned, as well as ailments resulting from disappointed love.

I took the homeopathic prescription and repeated each time any of the above symptoms returned until there was no further need for treatment.

The prognosis looked good as I responded in a predictable way, highlighting to me all my emotion states. It was like watching a movie of my life, but with a bit of distance. There was a gap created in which consciousness crept in and, with it, healing.

Taking the remedy freed me of the symptoms so that I was able to consciously throw myself back into the marriage and give it another chance. The relationship did not last in the end, but I came out of it whole.

For numerous reasons of circumstance and timing it became clear that we were not a good match. What I gained from the experience was the ability to drop the feeling that I had somehow failed. I also was freed from the self-justifications I was clinging to in my story of unrequited love, and was able to stop blaming myself, and him, for the situation we found ourselves living in.

I want to explore this latter point in a little more detail, so we’ll start off the next post taking it back up from there.