My Story with MS: The Symptom Picture 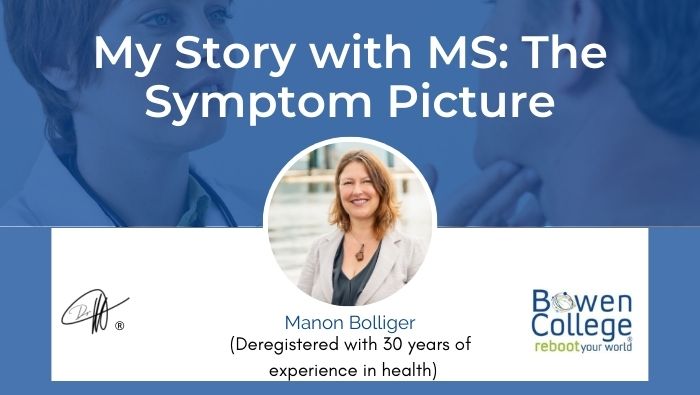 In my last post I shared some of the emotional background to my onset of MS. The history, the symptoms and the neurological exam results (ie. Hyper-excitable reflexes, inability to walk foot to heel in a straight-line, hyper-sensitivity to heat) all led to my diagnosis. I decided to pass up an MRI since at most it could only confirm the presence of demyelination, which would merely confirm the diagnosis.

By that point I had already seen several patients with MS and I was aware that the treatment choices were very limited and mostly experimental, and that most of the patients who had joined “support groups” fared much worse than those who knew less of their condition. Because I could not pretend I was unaware of the prognosis for my condition, all I could do was to defy it, instead of letting it define me.

So, what was this “condition”? I drew up a picture of myself, including the symptoms that I was experiencing on both the physiological and emotional levels. About six weeks prior to the onset of the physical symptoms, I started to prefer spending time alone and was not keen on friends visiting, which was inconsistent with my more gregarious personality. I readily overheated in the sun and wanted to stay out of it. I had an increased thirst for cold water and craved meat, salt and pasta. I felt generally worse around 6 p.m. after I started to develop those physical symptoms.

In the next post we’ll look at the treatment response choice I made.